Stevo Pendarovski, President of the Republic of North Macedonia 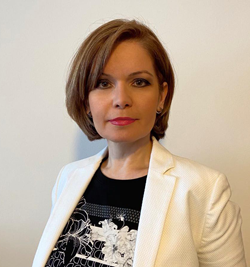 Director of the Macedonian Institute for Media Dr. Jasna Jelisić is Head of Western Balkans Task Force in the Strategic communication division of the European External Action Service (EEAS) in Brussels. She has been working for the EU since 2006 in the posts entailing deep knowledge of the region within its geopolitical setting and the EU, and has had a wide range of responsibilities.

Dr Jelisić also lectures regularly on public and cultural diplomacy at graduate and postgraduate level and trains professional diplomats. She is known in diplomatic circles for her insistence on innovative and fresh approaches in pursuit of resourceful diplomacy.

Before involving herself in diplomacy, Dr. Jelisić was a prominent, award-winning journalist. Educated at the University of Oxford, City University of New York, University of Belgrade and University of Sarajevo she has worked as a consultant for the European Commission and the World Bank, and as academic advisor and researcher for Freedom House and Princeton University. 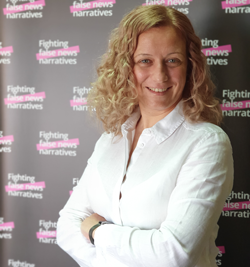 Rosana Aleksoska is Program Manager of Fighting False News Narratives – FN, a program of MOST, one of the most prominent CSOs in North Macedonia, established in 2002. She has 19 years of experience and expertise in elections and project management. Since 2016 she has been solely dedicated on research and work in disinformation and foreign malign influence, with focus on Russia. Ms. Aleksoska is a regular speaker at international events on disinformation and has worked on capacity building of civic groups in the Balkans and the Middle East. She is enrolled in MA studies in psychology, with primary focus on social psychology and disinformation. He is professionally engaged within the Government of North Macedonia as a National coordinator for strategic communications. Starting from 2017 he was responsible for the communications of all crucial political milestones in the country such as the historic Prespa agreement, NATO enrollment of the country, EU integration processes, Open Balkan initiative etc. He is also coordinating Government`s efforts in the field of overcoming the challenges that disinformation cause in the society. 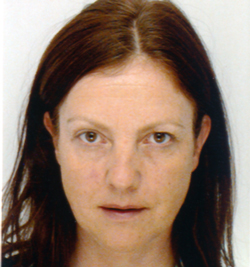 Klodiana leads the organization “Faktoje” which provides fact-finding services since 2019. She assumed this position after three years of experience as Public Relations and Communication Manager at the international children’s organization World Vision, where she was recently awarded the “Global Brand Award” by the global office. Mrs. Kapo comes to “Faktoje” after a 16-year career in the most popular media outlets in the country where she has reported mainly on social issues and more specifically on the education system, health, youth development, etc.

During her career, Mrs. Kapo has worked as a journalist at Top Channel (where she counts dozens of documentaries and personal stories), has had her weekly column in the newspaper “Shqip”, and has worked as editor-in-chief at the Albanian Public Television.

Klodiana also counts a series of successful awareness campaigns for local and international non-governmental organizations and is a co-author of two books. Editor of “Re: Check”, Fact-Checking and Social Media Research Lab of Re:Baltica, Latvia

Evita Puriņa leads Re:Baltica’s fact-checking  section Re:Check. She has been working as a fact-checker since 2015. She was also the main content creator for media literacy program, taught in Latvian schools. Previously, she worked as a correspondent for the leading Latvian daily in Riga and Brussels, and as an editor-in-chief in the one of the best regional newspapers. Vasko Popetrevski is editor and host of the popular news show “360 Degrees”, which is aired on TV Alsat-M, a national bilingual commercial broadcaster in North Macedonia. The show has its investigative version and debate/interview style version. Popetrevski is also editor of the news portal 360stepeni.mk that works in synergy with the TV show. He has also worked as editor and news anchor at the A1, Kanal 5 and Alsat-M TV channels in North Macedonia, and at the Dnevnik daily and Gragjanski weekly newspapers. He has 20 years of working experience as a professional journalist and has been engaged as an expert in practice of journalism studies at the Law School, working with future young journalists. Popetrevski is member of the Executive Board of the Helsinki Committee. President of the Association of Journalists of Macedonia, North Macedonia

Mladen Chadikovski is an experienced journalist and editor that worked in several influential Macedonian media outlets. Chadikovski enjoys a reputation as an exceptional professional that promotes the highest ethical standards in the profession in particular in TV journalism and is a well-known host of political TV debates. Most of his career is closely connected with TV stations, first with national A1 TV, and now with TV 24. He also has experience as the director of the weekly newspaper Fokus. In 2018, Chadikovski was elected as President of the Association of Journalists of Macedonia a member based organisation that is  one of the oldest and most respectable civil society organisations in the country and the region. Chadikovski is actively engaged as a media trainer and public speaker on topics related to freedom of expression and promotion of the rights of media workers. Dragana Zarkovic Obradovic is director of Balkan Investigative Reporting Network, BIRN, in Serbia and manager of BIRN’s CEE Reporting Democracy program. With extensive media experience and a strong background in project management, Dragana leads a team of skilled investigative journalists and media development practitioners. The work of BIRN, and its journalists, has been recognized for its professional and courageous media reporting with a number of national and international journalistic awards. BIRN Serbia is part of the BIRN regional network. Agron Bajrami became editor-in-chief of Koha Ditore in September 2004, after 10 years of journalistic and editorial work with the Koha Media Company. He started reporting on cultural issues at KOHA weekly magazine from 1993, and joined the magazine as full-time journalist in 1996. He has been cultural editor at Koha Ditore daily newspaper since its first issue, in March 31, 1997. At the beginning of the armed conflict in Kosovo, in 1998, he became member of the editorial board of Koha Ditoredaily, participating in editorial decisions for the whole newspaper. In January 1999, Mr. Bajrami became deputy editor-in-chief of the newspaper. One month after the start of the NATO bombing campaign against Serb forces in Kosovo, Mr. Bajrami was part of the Koha Ditore staff that managed to restart the publication of the newspaper in exile, in Macedonia. After the war, Koha Ditore operation returned to Prishtina.. Mr. Bajrami has also written commentaries for American, German and French newspapers  and regional press, as well (Montenegro, Albania, Macedonia, Slovenia, Serbia). Since 2003, he is also a member of the Commission on Radio and Television Policy, headed by Erhard Busek and Ellen Mickiewicz. Mr. Bajrami is also a board member of Kosovo Press Council and elected member of the Board of South East European media Organisation (SEEMO). Mr. Agron Bajrami graduated from the Fine Arts Faculty in University of Prishtina, in 1991. Brankica Petković is a researcher at the Peace Institute – Institute for Contemporary Social and Political Studies in Ljubljana, Slovenia. She has more than 20 years of experience in initiating, designing and leading media reform initiatives and projects in the region of South East Europe.

She led the regional project “South East European Media Observatory” in 2012-2016. In 2019/2020, she was a lead researcher for a Study on Sustainability of Professional Journalism in Media Business Environment in the Western Balkans, commissioned by the European Commision. She was Media Program Director and Editor of Media Watch Slovenia for 15 years. She was a member of the  Ministry of Culture’s expert committee on media laws in Slovenia, of the governing body of public service media RTV Slovenia, and of the jury of the Slovenian Association of Journalists for annual awards. She holds a Master Degree in Sociology of Culture. Editor of “Raskrinkavanje”, Bosnia and Herzegovina

Tijana Cvjetićanin is the editor-in-chief of the fact checking platform "Raskrinkavanje" and one of the creators of fact-checking platform "Istinomjer", both developed by CA "Zašto ne" from Sarajevo. Tijana is a member of the Advisory Board of the International Fact-Checking Network (IFCN). She has authored several research studies and policy papers in areas such as political accountability, government openness, EU integrations of Bosnia and Herzegovina, media policy, media/discourse analysis, hate speech and disinformation. For his work he received “Jashar Erebara” award for Annual Investigative Journalism from Association of Journalists of Macedonia, and EU award for best investigative story in North Macedonia. He graduated with a journalism degree from Ss. Cyril and Methodius University in Skopje.“ After graduating from the Department of Translation and Interpretation at the Faculty of Philology in Skopje in 2008, Andrijana Papik Mancheva works as a freelance translator in French and English. She has been part of the Festival of Creative Documentary Film "MakeDox" ever since 2010 mainly as a content writer, translator and catalog editor. During her 4-year working experience in CRPRC Studiorum, she has significantly upgraded her organizational and communication skills, primarily in the fields of new media and health policies and management. She has been working in HERA since August 2017 as Communications Coordinator. Nevena Krivokapic Martinovic is a lawyer, specializing in online media, freedom of expression in the digital environment and information privacy. As of 2013, Nevena is a member of non-profit SHARE Foundation as its Coordinator for freedom of expression and online media, she dedicated her work to exploring new feature media ecosystem and position of online media for the implementation of human rights standards in the digital environment. As well, she has been collaborating with the University of Oxford since 2013, where she serves as Moot Coordinator of the International Competition “Monroe E. Price Media Law Moot Court Competition”. Anida Sokol is a researcher and educator from Mediacentar Sarajevo. She conducted research studies on hate narratives and propaganda models in the media, media trust, media financing and media consumption habits and media literacy of youth. She is a trainer of solutions journalism and media literacy. She works as a lecturer at the International Burch University in Sarajevo and Sarajevo School of Science and Technology, where she teaches Politics and the Media and Political Communication. Milan Jovanovic is an analyst at the Digital Forensic Center (DFC) which is a first digital hub of its kind devoted to countering disinformation, fake news, and propaganda campaigns that have had a goal of destabilizing democratic processes in both Montenegro and wider Western Balkan region. He is specialized in researching and combating malign foreign influence with the main focus on social media activities. Since 2018, he has been doing briefings, workshops, and trainings on disinformation, media and digital literacy in more than ten countries. He is working closely with the government and the media on various reform process regarding the awareness-raising and combating disinformation in Montenegrin society. Emilija Petreska-Kamenjarova is a graduate journalist and holds MA in Communications. Before joining the Agency for Audio and Audiovisual Media Services in 2002, she worked as a journalist for radio, television and for a news agency. She is currently the Head of the Human Rights and Media Literacy Department at the Agency and works on issues such as gender in the media, freedom of expression and hate speech, human rights and professional standards, access to the media for people with sensory disabilities, media literacy, elections, etc.